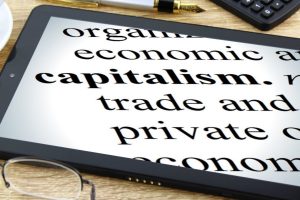 Business owners have to raise money for their vision.  Often, they have borrowed to have sufficient money to fund their dream.  They hire people, cover payroll and other expenses. This is called the multiplier effect.  One dollar in a business for profit can move through other businesses four to five times.

If the owner is fortunate enough to cover the cost of their money, payroll and other expenses, they may have something left over.  This is called ‘profit’. This profit or earnings before taxes has one more check to write…TAXES.  Many businesses are fortunate if they keep a few cents after taxes on each dollar of revenue.

Want to read a composite story of this journey?  Request a gift copy of my third book, American Fathers.  It tells the struggle and success of many entrepreneurs.  I have helped over my half century of guiding business owners.  At this writing, one of the highest tax states in the country (California) has hit the tipping point where even the most basic service, electric power, is rationed.  My daughter, a California resident, recently posted how the family is coping with multiple days of blackouts.  Her reflections remind me of personal experience I had when traveling to third world countries.

Why?  Government bureaucracy is inefficient.  Profit is not important when all one has to do is raise taxes to have more revenue.  The reliability of involvement and the economic impact is just not really considered.  It is all about appealing to a block of voters to gain power.  The more we centralize our decisions inefficiency comes into our economic system.

Let’s use a real-life example of efficiency and innovation.  Back in 1991, Bush 41 (George Herbert Walker Bush) was president.  A Finnish-based company (Nokia) had just introduced a phone called Talkman.  It was about the size of ¼ of a bowling ball, about 4 lbs.  How much does your phone weigh today?  One of Nokia’s biggest competitors was a relatively young company, Apple.  By 2007, both Nokia and Apple had about the same market values.  What happened since then?  Apple encourages innovation in their corporate culture.  They seek new ways to generate profits by selling items people want.  Today, Apple is about five times larger than Nokia, measured by market cap.  This is not meant to be a recommendation for Apple, rather an example.

Continuing, let’s look at another approach, government sponsored USPS, our postal service.  How much has our mail system adapted to change since Bush 41 was president?  FedEx, UPS and many others have run circles around them gobbling up profitable niches.  Private enterprise encourages and rewards meeting consumer desires.  Ultimately, the consumer of the goods or services pays for whatever burden our government chooses to put up.  The timeliness of postal delivery is unreliable, a consequence of having a quasi-government agency running postal service.

Another example of a business owner is Thomas Edison.  After many attempts he finally got a carbon filament bulb to run for 13 ½ hours on October 21-22, 1879.  How much do we take light from bulbs for granted?  How dependent on power for computers, phones, light, warmth, or cooking are we?

I am even going to state that a number of our politicians may have good intentions when they shackle business with more regulations.  Their initial intent is to right a wrong or to provide accountability.  What they cannot predict are the unforeseen consequences that are worked out in the market place of competition.  In my formative years, the term Caveat Emptor (Buyer Beware) was an accepted norm.

Some place in the 60s (the Kennedy/Johnson years) the focus began to shift.  Commerce had to learn to live with “seller beware.”  If that were also true of our government (the seller of promises) would we, the suppliers of money as tax payers, demand government live within its budget?  Spend only what comes in, prioritizing the reduction of the federal debt.

If the post office, or other government mandated service, ran the development of Talkman phone, what would they weigh?  How much would it cost to use one?  What can each of us do?  I try to support local businesses.  They help pay property taxes and employ my neighbors.  Local businesses live in the community with me.  I see them at charitable events supporting our quality of life.  When you hear of a crazy idea, or a good one, from our elected representatives, let them know.  There is so much thrown at them by lobbyist.  Having real folks, like ourselves, offering insight can be a powerful influence on their decisions.

Your thoughts and comments are always welcomed.  On Capitalism or any other topic of interest.