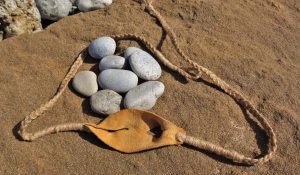 Here is a challenge we all have faced.  We are approaching a presentation where a favored competitor is the expected winner.  Think big football names – like Alabama (Roll Tide!)  in college, or the New England Patriots (with Tom Brady) in the pros – the last two minute time bomb.  All the sports media seemed to convey that the Patriots would be the preferred choice to win Super Bowl LII.

Stop for a moment and think about how LG or Motorola approaches the cell phone market when the assumption is that everyone wants an Apple I-phone product. How do Ducati or BMW find a niche in the motorcycle market when the perceived leader is Harley-Davidson?

How do you go into a sales presentation battle when it appears that all the odds are against you?  What are the likely objections?  How will you handle them?  When do you bring up the underdog element?   Do you wait for your prospect to bring it up? What makes you different? Have a clear picture of what makes you better and focus on that. In public relations, they always remind you not to bring up the negatives.

Think about David standing on the hill watching this 7+ foot tall Goliath fully dressed in battle armor taunting David’s fellow Israelites.  All David had was a sling shot and a belief that Yahweh would protect him. If Goliath had not lifted the face plate of the visor of his helmet to better see David, the favored Goliath would have “won” the battle. David took advantage of an opening to use the stone in his sling shot to win!

I recall an event that felt like that much earlier in my career.  Our team was going up against the major national players in our field.  We had thirty minutes to make a presentation – mid-morning in an all-day marathon for the committee who would vote on the final selection.

Doing the exercise outlined above we hit upon the idea of doing a video introducing the support team that would actually be doing the day-to-day work on this account.  This was long before selfies and Smart phones.  We wanted to put faces behind the names.  The goal was to demonstrate the depth, support and highly personal touch we would deliver.  No 800 #’s and half dozen punches of additional numbers to possibly talk to a human.  These people (on the video) would be there to answer the phone – LIVE.  We won the business.  They loved the highly personal touch, without any technical jargon – just humans available for other humans.

We believed.  We asked ourselves, “What do we want this committee to feel?”  when we are done. By answering the “feel” question, we found a focus that worked.  We sat on their side of the table and listened in our practice presentations. We know of a firm that puts in two hours of prep for every hour that they expect to be in front of the prospect. Do you wing it because you know your product better than anyone else? Or, do you practice and have dress rehearsals?

This week are you going to be like the Philadelphia Eagles? Work your hardest, prep in advance, know your differentiating factors.