I remember sitting in my kitchen, homebound (dry and with power, thank you) due to the largest flood in U. S. history for Houston. It is amazing to think that in four days we received as much rainfall as Houston normally receives in a year. 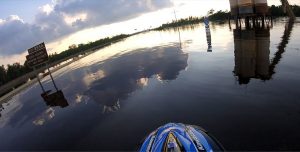 My phone kept dinging with texts that another friend or client (including our daughter) had water inside their home. It was emotionally draining for those going through this loss to find immediate comfort. Memories are washed away. They sat there powerless as the water relentlessly moved up the lawn and into the home. This was a huge disruption for several months. Some homes were a total loss and have been torn down. Others rebuilt, though the memory of this storm remains.

Like Noah in the Bible, many are asking, “Will this rain ever stop?”  What makes Houston unique in situations like this are the people. This is a melting pot of those seeking economic success in a very business friendly town. Very few are “native” Houstonians. We must help each other, not because we are family, but to pay it forward to honor someone who helped us earlier.

The first responders got help from strangers, many with flat bottom, low draft (can run in shallow water) “bay boats.”  The Cajun Navy (love that term) is so typical of the spirit within Houston. I heard of people coming from hours away to help rescue people from their homes. YouCaring was a fundraising effort by JJ Watt to help Houston flood victims, an example of a person with influence doing something.

There is unbounded enthusiasm and generosity that continually flow, brought out even more so during events like this flood.

Mother Nature has her way. All we could do was accept it as something we could not change, calling on the Serenity Prayer for the “courage to change the things we can.” Untiring rescuers are still an example of changing what they can.