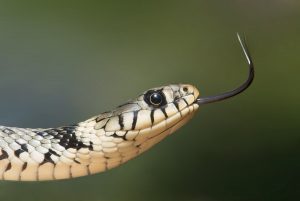 I’ve been thinking about honesty and what that means lately. We’re in the thick of the primary season in Texas and we’re getting lots of direct mail from politicians saying the other candidate is “lying.” Of course, there’s Donald Trump who refers to all news reports that he doesn’t like as “fake news.” There’s more bias in so-called journalism these days but is it a lie? Or just a shading of which truth the reporter or publisher wants to present.

Recently, evangelist Billy Graham died at age 99. I was struck by several news reports that remarked about his honesty and integrity throughout his entire ministry. He made it a policy to never put himself in a position where there could be a question of impropriety.

In the last few weeks, I had finally had enough misrepresentations of reality from a person I have to deal with that I reset boundaries.  This was a very hard process to decide and do.  The party on the other side found my reset difficult to accept, to put it mildly.  Should I have been more honest sooner?  Was I guilty of shading my truth as I understood it?  Let’s just say the experience of resetting boundaries was painful on both sides of the experience.

How often has the opportunity to “shade” the truth been presented to you? How did you react? Did you speak the truth and set the situation straight?  We all look at the world from our  own lens of experience.  Has that lens been shaded?

What do you do when presented with a distorted reality from another person?  Has one’s lack of being honest come back to bite you?

I do not like snakes.  In the Bible, the evil one takes the form of a snake and shades the truth to Eve.  Adam, being the good husband goes along with Eve’s request to eat the forbidden fruit of good and evil.  Being a good husband who practices “happy wife – happy life”.

I would have probably acted the same way as Adam.  If one accepts the Bible as true, the consequence is very clear.  Cast out of the Garden of Eden – we are forced to labor for what we have.  God had warned both Adam and Eve.  They chose to be swayed by the snake (evil one).

Over breakfast this morning with a friend who continues to deal with some thorny legal issues, I asked him what advice might he have?  His immediate response was – “HONESTY!”  He shared how reviewing depositions he can easily see a pattern emerge.  Either there is consistency or not.  Discrepancies start jumping out, especially if one is “shading.”  He was glad to see a consistency in his depositions as his attorney prepares for an upcoming trial.

Opportunities to bend or stretch the truth present themselves every day. It could be not correcting the bill at the restaurant or store when you spot that something is left off. In your business, it could be an overcharge to cover an expense. It might be turning in something on an expense account that didn’t fully represent what you should be reimbursed. We all have ways of rationalizing this sort of behavior to get what we think we “deserve.”  I am not recommending you go so far as to tell your loved one that those pants “make her look fat.” Don’t give up all your social graces. My line in that instance is: “It’s not my favorite outfit on you.”

What would you do if you thought your children were watching? Think about that as a litmus test. Do you want them to see you setting an example of honesty?

My suggestion is to step back, take stock, visit with one or two confidants whom you believe will be honest with you.  Share something that is heavy on your heart.  Listen carefully to their feedback.  Be slower to speak after they have shared.  Ask yourself, “Why am I talking?”  (WAIT)  Is it to defend my actions or point blame to another?  Can you think of a person you respect who is honest and tells you like it is – hopefully more often with velvet gloves?

Honesty is always the best policy in all our dealings with each other.