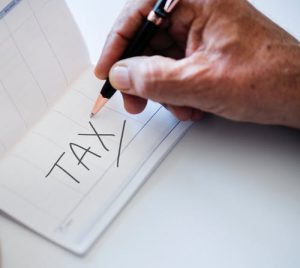 How do you feel about paying taxes?

If you’re like most people, you see them as a necessary evil. I try to look at them as the rent I pay to get to live in this wonderful country of ours. However, I don’t want to pay any more than I have to.  The main purpose of income taxes is to pay for the operations of the government. Starting in the 1930’s (about 90 years ago), our government began to get bigger instead of smaller. The consequence of this direction has been a greater shift into more aspects of our lives. We have seen this growth represented in the increase of government in our gross domestic production (GDP). Government spending at the start of the 20th century was less than 7% of GDP. Following the crash of 2008, spending by the government has increased to 40% of GDP before declining to about 35%. (Source: US Government Spending since 1980 www.usgovernmentspending.com/totalspendingchart

I believe another result has been that taxes began to redistribute income.  We now have Presidential candidates sharing specific plans about changing wealth distribution.  As an entrepreneur, I have been a producer of income all my professional life.  I am thankful to my Creator that He gave me the talent and intellect sufficient to not be a consumer of someone else’s wealth and income in adulthood.

Children are consumers of their parent’s income until they become tax payers.  The term is “productive contributors” to society.  According to Dr. David Kelly’s webinar on Rate Cuts and Consequences, the top 10% of income earners (the “rich” people) tend to save more of their income.  Dr. Kelly is the Chief Economist for JP Morgan Chase. Those saving dollars go into investments that put capital to work and create income paying jobs.  The bottom  90% find themselves in a position to have to spend over 100% of their income and increase their debt to support consumption.  In some cases, they don’t make enough to have leftover to save, often due to student loan debt and outstanding credit card debt.  Perhaps in other cases, it’s due to our consumption focused society where we want to keep up with all the materialism we see from celebrities or peers. According to a Wall Street Journal article, Aug.1, 2019, page B6, the top five credit card issuers, which include JPMorgan Chase, hold about $588.4 billion in outstanding card balances.  Chase is the largest holder of credit card debt.

Why do 90% of the wage earners seem not to fear debt?  Look only to our Congress- recent Wall Street Journal headlines again repeated the siren “Federal Borrowing Sours as Deficit Fear Fades.”  We have a real spending problem.  Writing “hot checks” that our grandchildren will have to cover is a sad legacy we are leaving.  I know the politicians recently made a decision to avoid the fiscal cliff and disruption of another government shutdown.  Their attitude was, let the next President and Congress deal with spending in the summer of 2021. By doing this, they don’t have to worry about talking about federal spending in the next election cycle.

If the redistributors win in 2020, we may again see 70% tax rates on the rich again.  My career started with those top tax rates.  As I enter the dusk years of my career, those rates may come back again.

Do you have pockets of wealth that could be severely hurt by 70% income tax rates?  In the 106 years of the IRS, we are in the 4th lowest top tax rate at 37%; more than 20% below the average, and about half the 70% rate being talked about a lot lately.  See IRS.gov

The Bible tells us to return 10% to God.  Having finally finished my tax return, with lots of collaboration with our CPA; the IRS received multiples of 10%. I would much rather have the higher percentages going to charity, to family, to investments that help produce jobs, or to fun. How about you?

If you want to have a conversation about the potential impact of a 70% bracket on your own situation, just schedule a great time for you by giving me a call.—713.984.8044 or  www.smartgrouphouston.com

SMART Group Houston is not owned  or controlled by World Equity Group, Inc.