Have you ever been in a driving situation where your wish is unkind for the person who just cut you off?  Did you want to prey on the offending driver?  I admit to being guilty of having negative feelings toward a discourteous driver. 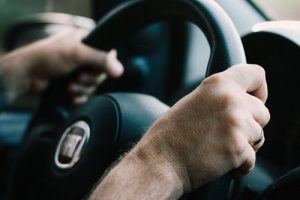 We live in a global economy that has many countries and people in power preying on others.  This violation of boundaries goes all the way back to sons of Adam and Eve.  Cain slayed his brother Abel.  Cain was jealous of Abel.

Do you want to wipe out your competition?  At the government level we have witnessed this action in history.  Some governments believe they can legislate behavior.  One government, at its peak, controlled major areas of the known world.  The Roman Empire was among the cruelest in recorded history.  They certainly are an example of preying on others.  Yet, ultimately, they rotted from the inside corruption and disappeared.  Ultimately, I believe truth and good do overcome evil.

Business owners are normally very independent minded.  They believe strongly in their own vision.  We react poorly to being told what to do!  How have I handled this battle between Prey and Pray?  After years of doubt and questioning, starting early in college till age 40, I have come to a serenity that a higher power exists.  This is a personal decision.  I offer these reflections having been inspired by Thomas Edison.  He failed over one thousand times before discovering a working light bulb.

“Many of life’s failures are people who did not realize how close they were to success when they gave up.”

What works for me to accept the reality of this imperfect life is prayer.  Each morning I sit down with a freshly brewed cup of coffee and read inspirational works like Rebecca McLaughlin’s Confronting Christianity.  I also balance my pursuit of wisdom with other works.  Currently they include the Daily Stoic by Ryan Holiday and Steven Hanselman; and Uncommon Life by Tony Dungy and Nathan Whitaker.

At the end of my quiet time I spend a few minutes in prayer and meditation.  If something has especially touched my heart, I journal those reflections.

Would this work for you in our “preying” world?  Try it for 31 days.  If you want to use a Bible, start with Proverbs, there are 31 chapters.  Popular versions are The Message, Life Application or New International version at www.biblegateway.com.  Solomon asked for wisdom.  He is attributed with being the main author of most of that work.

Try praying for a safe journey for that discourteous driver the next time one comes into your space.  Prey or Pray – your choice.